TRENDING
Go to DASHBOARD > Appearance > Menus to set up the menu.
Navigate
1766 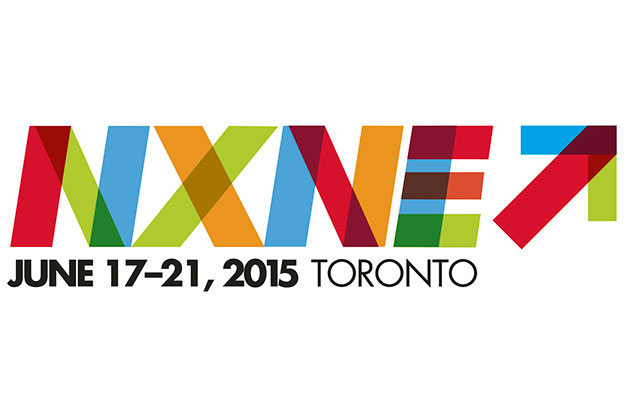 [heading size=”20″ align=”left”]Angel Olsen | 9pm, Mod Club Theatre, June 20th[/heading] Slow burning songs are hard to perfect. Angel Olsen is one of the few who have mastered making music that is drawn-out and eerie. Her ominous folk compositions make for the ideal creepshow. Her show is guaranteed to be a treat to the ears while the instrumentation with shake you to your core. This isn’t sleepy-time music, it’s sleep-with-one-eye-open music. [heading size=”20″ align=”left”]Baths | 10pm, Phoenix Concert Theatre, June 18th[/heading] Baths is the type of music you would play out loud as it’s pouring rain outside and it doesn’t look like things are going to get better. While Will Wiesenfeld, aka Baths, may have a falsetto that seems positive, his song lyrics contrast. Accompanied by piercing electronic beats and entrancing percussion, Baths’ live show will be loud and proud with an poignant tinge. [heading size=”20″ align=”left”]Deafheaven | 1am, Adelaide Hall, June 20th[/heading] Deafheaven blew up in 2013 with their sophomore album Sunbather after it was critically praised by all. Their atmospheric black metal transcends average metal presentations as it is a world-swallowing wall of sound. With banshee shrieks, droning guitar drives, and guaranteed mosh pits, Deafheaven’s late night show will be nothing short of extraordinary. [heading size=”20″ align=”left”]Ibeyi | 10pm, Mod Club Theatre, June 17th[/heading] This sisterly duo has been increasing in popularity since their debut album was released and the acclaim is rightfully so. Ibeyi’s pop melodies have been encapsulated with vastly entertaining live shows with a certain flair. Their minimalistic presence are sure to fill a room with echoes of jazz-infused traditionalism. [youtube_advanced url=”https://www.youtube.com/watch?v=lHRAPIwsS5I” width=”900″ height=”600″ rel=”no”] [heading size=”20″ align=”left”]Iceage | 10pm, Opera House, June 18th[/heading] Mayhem is an understatement when it comes to describing the intensity of Iceage. Their manic whimsy transfers beautifully from the record to the stage as Iceage manages to effortlessly produce the same energy each of their releases harnesses. The drunk-sounding slurs of the band will equal up to an unforgettable evening of oddity. [heading size=”17″ align=”left”]Jacco Gardner | 10pm, The Horseshoe Tavern, June 17th | 11pm, Garrison I, June 18th[/heading] Don’t sleep on Jacco Gardner. Though you may not know his name, he’s got the potential to make it big and capture your attention with his sultry, psychedelic vibes. Spawning from the likes of Ty Segall and company, Gardner ventures into the territory of mind-altering music that will no doubt leave a considerable impression. Upon hearing his new album Hypnophobia, Jacco Gardner promises to be a very entertaining show. [heading size=”17″ align=”left”]Jessica Pratt | 11pm, Garrison I, June 17th | 7pm, Berkeley Church, June 18th[/heading] Jessica Pratt’s voice is her weapon of choice. Gaining momentum from her new album On Your Own Love Again, Pratt’s distinctive folk technique is one of the best out there. She keeps things simple with a stripped-down set while managing to leave her lyrics stuck in listeners’ heads for days. Expect Jessica Pratt’s show to be an intimate gathering filled with solitary bliss. [heading size=”20″ align=”left”]Lower Dens | 12am, The Horseshoe Tavern, June 17th[/heading] Lower Dens have been a buzz band since their incredibly intriguing 2012 album Nootropics. Ever since, their sunny variety of easy-going music has been the subject of critical praise. With a style similar to that of Beach House, Lower Dens’ sun-soaked tracks are pleasant to the ears. [heading size=”20″ align=”left”]Rae Sremmurd | 10pm, Danforth Music Hall, June 20th[/heading] While their youth may set them back in certain aspects, Rae Sremmurd’s following has grown to enormous proportions. Catch these two party animals while they’re still in their infancy. For now, the ticket price is right and the songs are catchy as hell, so what’s stopping you from some mindless self-indulgence? [heading size=”20″ align=”left”]Vince Staples | 11pm, Berkeley Church, June 18th[/heading] Rising hip-hop star Vince Staples is on the brink of something bigger. His dynamic beats and unmatched flow makes him one of the most note-worthy new rappers of the last few years. He doesn’t settle for “just alright”, he goes all the way in every part of his production.