TRENDING
Go to DASHBOARD > Appearance > Menus to set up the menu.
Navigate
2579 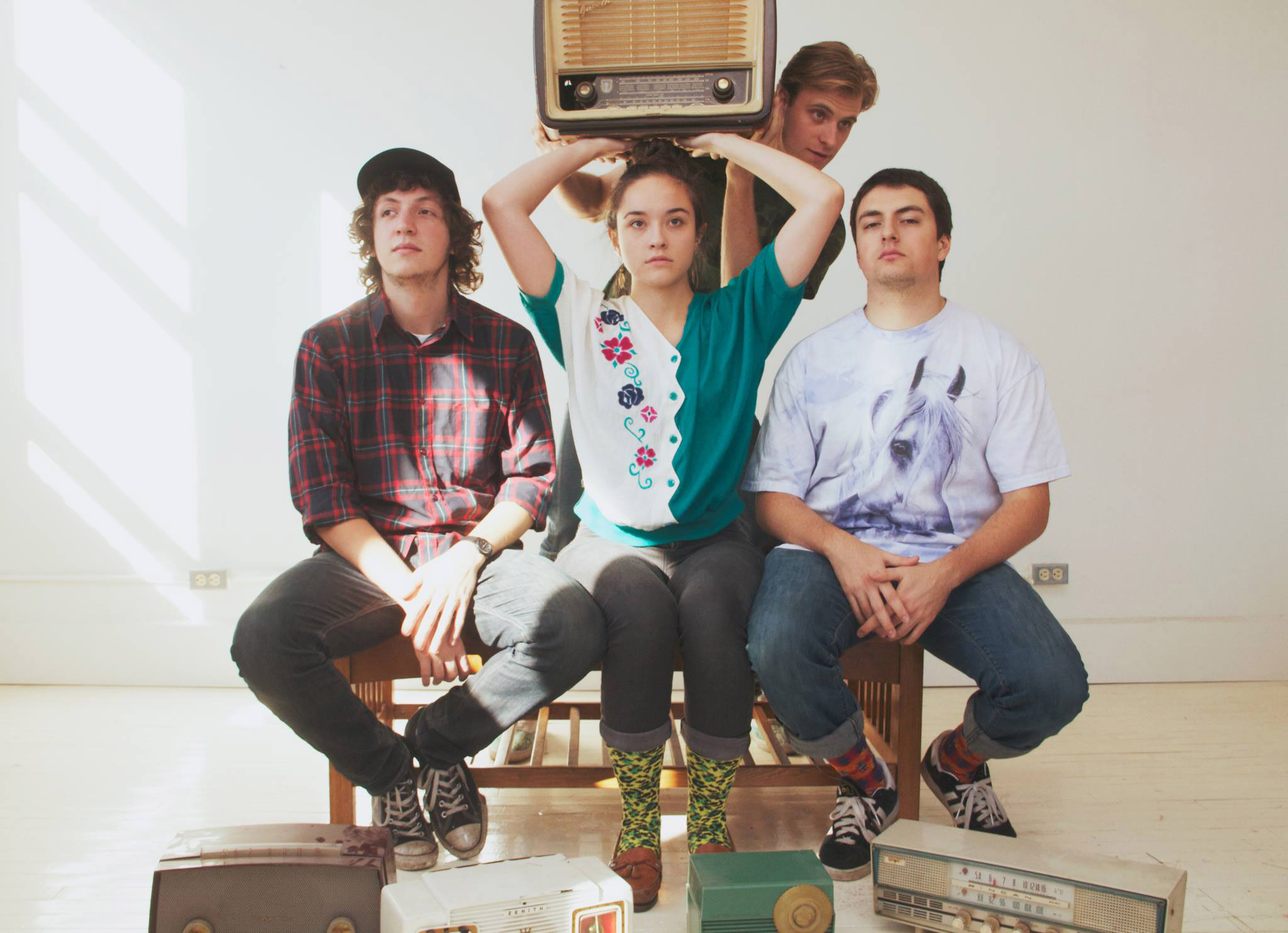 Beginner’s luck is a myth. Many people believe that the first attempt at something new and its obligatory fruitfulness are the stuff of legends. This is not the case with today’s music world. Marrow, Chi-town’s newest heroes, rope in all they can muster to spin a web of pure brilliance. Yes, The Gold Standard is their debut record but the phrase “beginner’s luck” is not the right sentence to utter. The album is more than a brief glimmer of greatness. This band has a long, prosperous ride ahead of them.

Marrow is made up of the young talent of Macie Stewart (singer/keyboardist), Liam Cunningham (singer/guitarist), Lane Beckstrom (bass), and Matt Carroll (drums), a grouping of Chicago skill that create a thunderous sound. Marrow’s sporadic style jumps from pure, radio-friendly indie rock on tracks like “She Chose You” to toned down jazz jams like “The Gold Standard”. The unexpected virtue of Marrow’s uniqueness offers music consumers something new and exciting. Indie rock has been convoluted with selected tropes, yet Marrow dismiss the stereotypes and jump onto the scene with the talent of a band who has been going for more than a decade. Their waxing chemistry is something to take advantage of. Get your head into the Marrow mindframe. Ladies and gentlemen, this band has the right stuff.

I had the opportunity to chat with Liam Cunningham recently about their debut album and other interesting things. Check it out below.

Jacob Crepeault: Can you explain the creative process behind the recording of your debut record?

Liam Cunningham: Well, most of the material for this record was written before the band even existed. But, in general, I think we’re a pretty collaborative band. Since we recorded the record in my family’s brand new studio, Foxhall, we were given the luxury of being able to pull the songs apart and try them every which way.

JC: Were there any frustrating/disappointing moments that came about during the album’s creation?

LC: Nothing really ever grinded us to a halt, but since we were the first people to record in the studio there was definitely a learning curve. We recorded a couple of the songs on the record 3 or 4 times. Definitely spent a lot of time figuring out how to make drums work in the space, which is always the bane of every engineer/band’s existence. But we had some other engineer friends come in and give us some advice. Eventually we were able to find a lot of sounds we were really excited about in that space.

JC: How have your musical influences affected the way you write and perform your own music?

LC: We’re constantly influenced by our peers and predecessors. Sometimes even subconsciously. I certainly have asked myself what I think some of my heroes may have done if they were in my situation. But we all have more influences than we are aware of. We’re certainly at a point where we’re just trying to put our best foot forward and make our voice as honest and representative of us as possible.

JC: Since you are relatively new to the world of music, what are your impressions of being on the path to (hopefully) stardom?

LC: Well a few of us in the band have had our fair share at walking down the path to, or at least being 15 feet away from, stardom. It’s a trip! But I think we’re all just really excited to share our music with people and hopefully see the people who enjoy it in their hometown. Certainly excited to get out and play some shows.

JC: What do you like to do in your spare time?

LC: I love being in my garage on woodworking projects. It’s kind of my new obsession. I got started on it because about two years ago I moved into the apartment I live in now and it was a bit of a fixer-upper. So I started fixing a bunch of stuff around the house and that was really gratifying. Eventually I ran out of stuff to fix so now I’m making stuff and that’s really fun. It’s creative in a completely different way than songwriting or anything related to music, which is fun.

JC: If you could curate a music festival, what would you call it and who would be your headliners?

LC: I don’t know if this would be the actual one I would go with but I have thought of having a music festival where there’s just one stage filled with instruments. Weird ones. And every band just has to go up there and play there set using whatever is given to them. I don’t know, that’s probably a stupid idea but it would just be cool to see how it affected their music and see how/if people translate their

emotions and ideas when taken out of their comfortable context, not that festivals are ever really very comfortable. It’s the nature of the beast.

JC: With this band, what do you hope to accomplish? Is this just something fun to do or is there an end goal?

LC: I think the answer is both. We’ve all worked in the music industry long enough to know that it still is a job but it’s a really fucking fun job to have if you can get it. And nobody wants to go through all the trouble of following your dreams if it’s not going to make you feel better and yourself and help you enjoy your life more, because it takes a lot of work.

The Gold Standard is out on September 4th on Foxhall Records