TRENDING
Go to DASHBOARD > Appearance > Menus to set up the menu.
Navigate
2482 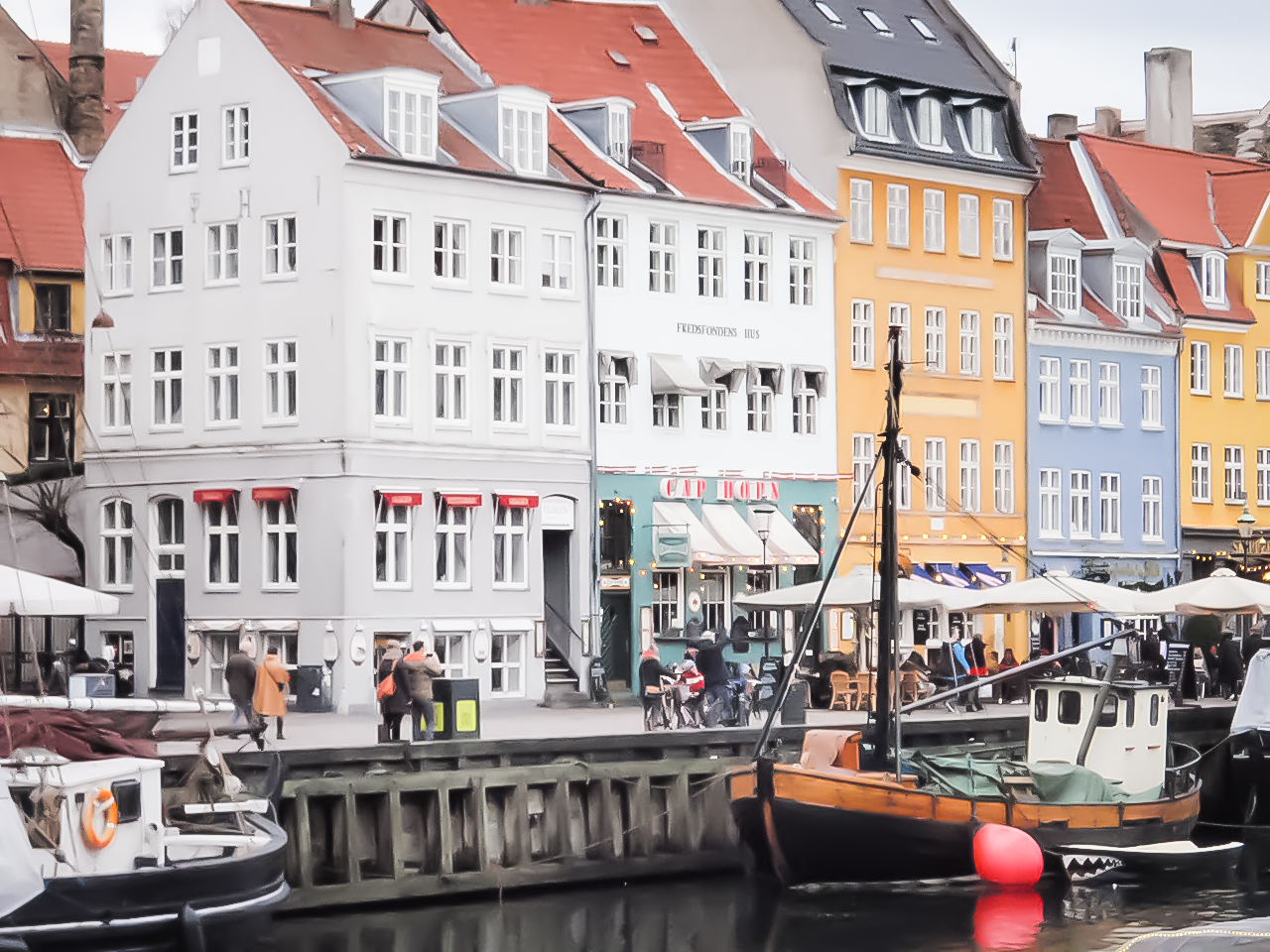 When I first got to Copenhagen, on Christmas Eve, I was surprised to find the city really quiet. There were some people in cafés, sipping 45 kroner coffees, which is roughly nine Canadian dollars. To get an approximation, you multiply by two, and divide by ten. Indeed, at first I thought that everyone stayed in due to the high prices that come with abundant social programs, but after Christmas had passed and people came back from their homes, Scandinavia or the Jutland*, Copenhagen was crawling with people once again. There are more bikes than cars on the roads, due to the fact that cars are outrageously expensive, with taxes at 180% of the value of the car; cyclists have their own lanes and their own traffic lights. It isn’t uncommon either to see fancy bicycles with passenger compartments or carbon-frames going three times the speed of your rental bicycle with a basket and a bell, but nonetheless, if you’re going to be spending more than a few days in the city, getting yourself a bike is a solid idea. You can always take the train around, but you won’t take in as much of the city, and besides, the bikes have designated areas onboard. After a day, which lasts only about 6 or 7 hours in the winter anyways, you’ll adapt to the slightly different traffic regulations.

The wonderful thing about travelling in Europe is that trains will take you anywhere you want, for a relatively good price, contextually speaking. I saw a preliminary game of the World Hockey Junior Championship in Sweden, Canada vs. Germany, and it was unreal to see at least 350 Canadians cheering our boys on. I don’t know if it was the lack of German supporters or our superior pass plays that lead to a 7-2 victory, but I do know I felt back home when a bearded guy with long hair said to me: “Hey buddy! Get out the way!” as I was trying to take pictures. If you’re thinking of travelling across the continent, Copenhagen makes for a good destination, with its multiple train stations and an abundance of things to see and do. 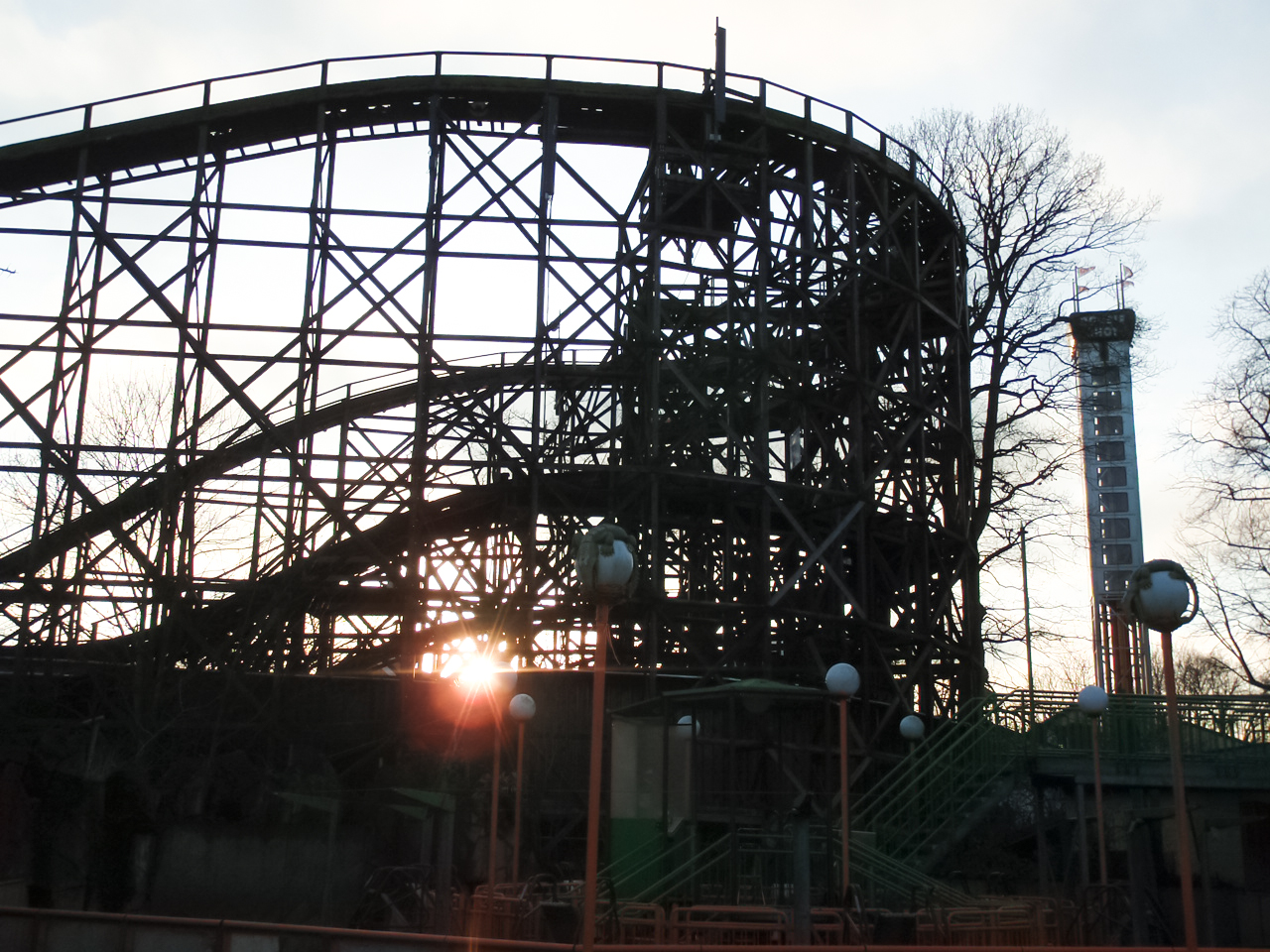 Copenhagen is renowned worldwide for its statue of the little mermaid. Locally, however, the small, unimpressive statue is a classic destination for bored Danes, who want to laugh at the unmistakable disappointment on the tourist’s face. If you have to choose your spots carefully, don’t feel guilty about skipping this monument. The Royal Garden, next to the Rosenberg slot or castle, which holds the Crown’s jewels has a much nicer, much bigger statue of Hans Christian Andersen, the author of the original Little Mermaid. Interesting fact: Walt Disney was inspired not only by the author, but by the amusement park Tivoli in the construction of Disneyland itself. There’s more about the place than the rides, which are cool, one of them offering you a great view of Copenhagen, especially at night. If you have more time to explore surrounding areas, Dyrehaven is an amazing place to visit, especially if you like seeing wildlife up close. On your way there, you can go through this abandoned amusement park, which has a strange, Chernobyl-like vibe to it. Crows hanging out in the decrepit wooden roller-coaster, merry-go-rounds overrun by nature, followed by packs of deer running freely in the fields as you ride alongside with your bicycle, with the sun going down… I saw a white deer with a broken antler as I rode by, and as he looked up at me, I stopped. We shared a solemn stare, and I think he understood as well I did at the moment the imposition of culture and society on nature, but how finally nature would absorb us all back eventually, one way or another, in a beautiful never-ending cycle of life and death. We understood each other’s plight, and we accepted each other’s existence. I don’t think I could’ve had that moment in Gatineau Park.

If you know where to go, you’ll find that you can easily spend a bountiful day without spending on anything other than food and bed. The architecture of Copenhagen is a little like Ottawa’s, in the sense that it’s mixed with sleek, modern business buildings, and old historical monuments, except that it harbors much more of the latter. The inside of the Rosenberg slot, which means castle in Danish, is worth a visit, especially if you’re into jewelry! They have so many exotic and rare antiquities on display – including the past and present crown jewels that they have military guards posted outside. The garden besides is definitely worth a stroll, because even if pretty flowers and shrubs aren’t your thing, there’s a lot of ducks and swans you can play with if you have, or pretend to have bread. In fact, Copenhagen is a great place to wander around, for you’ll certainly bump into gorgeous buildings, whether it’s the Church of Our Saviors, with the magnificent organ and the spiral roof, or the Frederiksgarde square and the adjacent waterfront. Once nighttime comes around, if you want to experience the nightlife, don’t expect to make friends easily. People are nice, and will point you in the right direction if you ask them for directions, but they’ll keep themselves at a good distance, emotionally. This is expressed a little through their fashion, which consists almost entirely of neutral colors. It would seem that one has to break through this coldness with something like a shared interest or similar work or studies, otherwise you’re “out of the circle”. What brought me into contact with a group of Danish guys was a chess set, incidentally, which lead to a few games and an intelligent conversation, for a bar. It’s not impossible to socialize with locals, but it’s definitely easier with other foreigners. The fact that Danish is completely undecipherable, unlike Spanish, also contributes to the alienation. Another thing to keep in mind is that smoking is allowed in the bars, which can make or break your night, depending on your particular vices. It gets thicker the smaller the bar is too, so if you don’t like the smell of tobacco, your best bet is exactly the same as in Hull: find a cornerstore, pick between Tuborg or Carlsberg (which are now owned by the same company), and settle into a nice park bench or a place by the waterside, and watch the reflection of the city, alight and vibrant late into the night, overlooked by nifty sloops and boat homes. 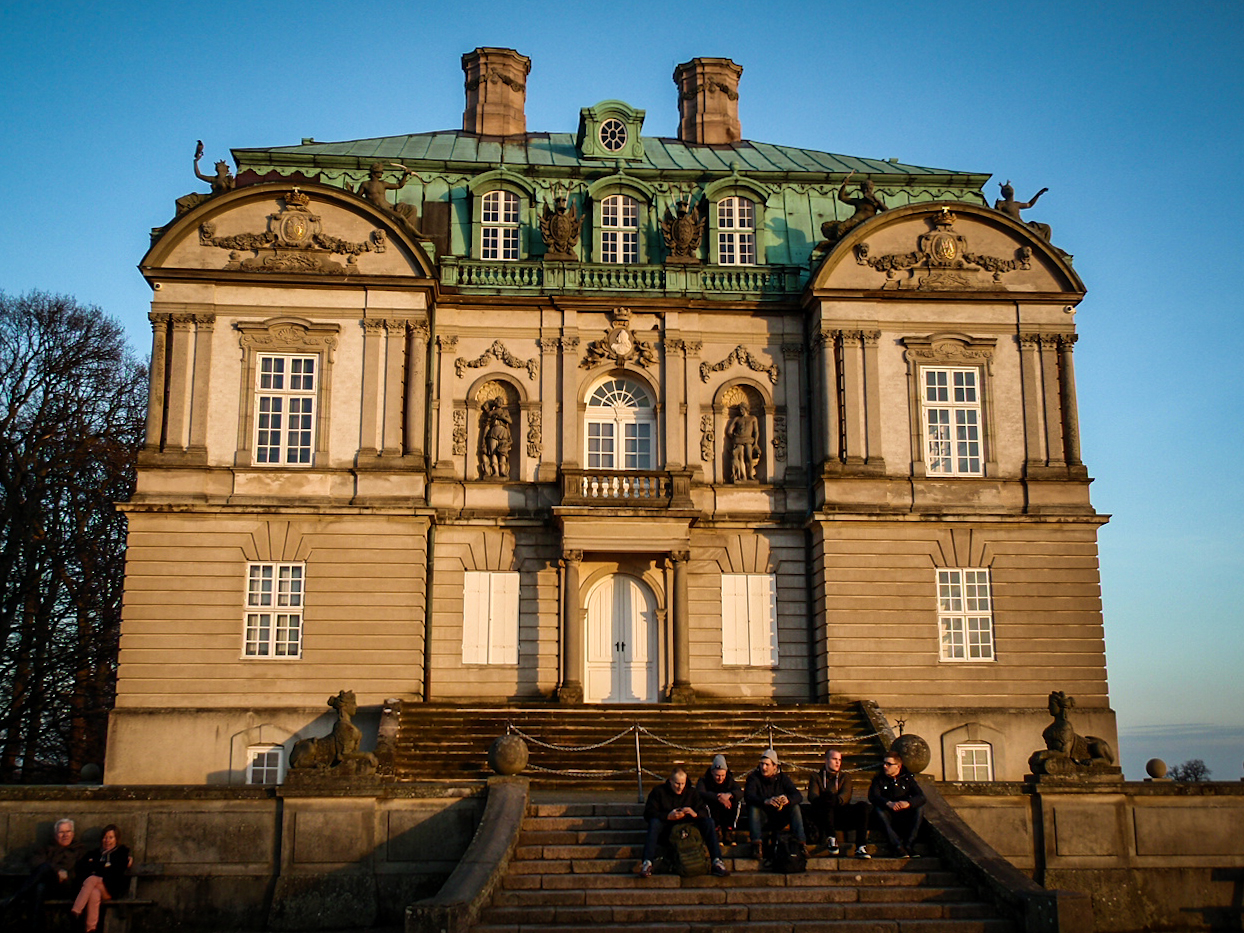 In the neighborhood of Christianshavn, there is a community called Christiania, which has declared itself a micronation, free of the EU. Founded in the 70’s as a result of a protest, it holds certain notoriety for their marijuana market, known as Pusher street or the Green Light district, which is similar to the Byward Market, if you replace the fruits and vegetables with weed and hash. The police used to intervene in the earlier years, when harder drugs and violent gangs held more of a presence, but nowadays they’ve reached an understanding. You still can’t take pictures inside Christiania, but everyone knows why people go there. In fact, I’ve heard it speculated that the reason for the government’s non-involvement were the tourist’s interest in the district, and having been there (I didn’t want to leave any stone unturned), seeing other fellow foreigners sitting and smiling at the picnic tables, I could believe it. Copenhagen does have its seedy underbelly, like any proper city, but I think the game halls, which hold slots machines, in which I got bullied out of 10 kroner by a chain-smoking gambler who I didn’t realize was playing 8 machines at a time, are much worse than these peaceful dealers and denizens of the world. Even if you don’t want to get blazed, you’d be blazé not to check out this socio-political monument. You can walk through the residential district and see how people live, which ranges from destitution to the bohemian paradise, or spend a night there at a bar, and witness people from all cultures dancing, drinking and smoking joints together, gathered around a massive table. There’s the Nemoland bar, which is a more obvious place, catering to tourists, but there’s also another one, off Pusher street, which holds beer for 20 kroner, the cheapest I found, and where you can find a hilariously rambunctious crowd, which features such a mixture of cultures and people that it can be as overwhelming as it can be amusing. On the night before New Year’s Eve, I went there to take in the sentiment and the aromas of the locale one last time, and as Danish tradition goes, they light off fireworks just for thrills, anywhere. Suddenly, the tranquil cove of serenity that I’d found originally turned into a warzone, with what were practically bombs going off around me. One firework made its way into the sky and blew up there, which resulted in a large group of stoners uttering: “Ooooohhhhhhhhhh!”. Another one made its way into the crowd, flying overhead and then bouncing under tables, but fortunately it didn’t detonate nor hit anyone, to everyone’s relief.

New Year’s Eve itself was even crazier. Getting drunk and lighting fireworks in the streets in Canada counts for multiple offences, but this time of year in Denmark, it’s a national pastime. I think its important to mention at this point that there are no open liquor laws in Denmark, which in layman terms means that you can drink wherever, whenever. I’ll always remember parts of my last night of 2013, where I wandered with a six-pack in hand through the streets of Copenhagen, explosions going off in the sky and in the streets, golden fountains underlining giant green stars floating over boats docked in the canals on the waterside, multicolored houses from the 18th century as far as the eye could see… it felt like a dream, one that took me four train stations and one angry taxi-driver to get back to bed.

Copenhagen is a city of expats, of foreigners who have become locals and others who haven’t, a national hub for work and fashion, and which preserves multiple histories, from centuries to movements past. If you’re planning a backpacking trip through Europe and you’re going close to Denmark, or if you’d like to see what life is like in a different capital, Copenhagen is worth a visit. It’s got a unique charm that can’t be found this side of the pond.

Marco likes poetry, tea, the colour blue, sex, drugs and rock and roll. You can find him at coffeeshops, playing chess, or dancing either at bars or home alone. A pretty cool cat.