TRENDING
Go to DASHBOARD > Appearance > Menus to set up the menu.
Navigate
1496 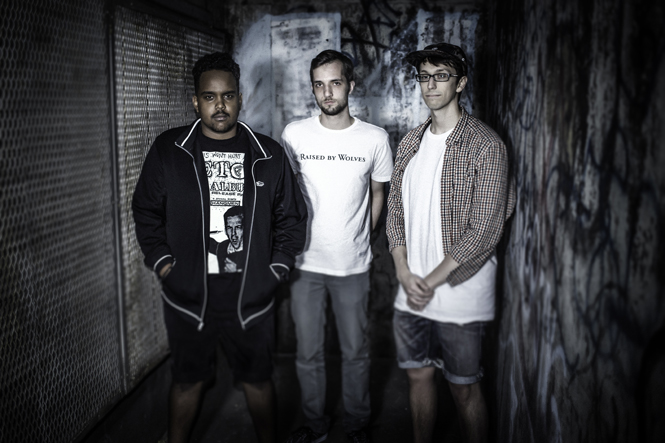 Playing alongside local hardcore and punk acts, hip-hop group The Adding Machine is bringing a new and raw approach previously unseen in the Ottawa rap scene. The trio, comprised of E.on, Defckon, and Yuukon, recently released their first full length entitled + + +. While it’s easy to draw comparisons to other acts, it becomes clear after listening to + + + that the group stands out. Primarily through their intimidatingly dark and passionate sound.

+ + + is an album that is difficult to classify. It is, at first glance, a rap album; however, it brings with it a raw energy and aggression that is usually restricted to both hardcore and metal. The lyrics are witty and relevant while the beats are heavy, driving, and grimy. Headphones don’t seem to do the songs justice as the album wants to be blasted through speakers.

The eighth song on the album, “Straight Out the Swamp,” is perhaps the best representation of The Adding Machine’s innovative sound. It perfectly encapsulates the energy and lyrical genius of the album. The 808 snares and bass drive the beat and each verse builds to an infectious chorus. Throughout the song, each MC shows their versatile lyrical deliveries and when the chorus hits it practically begs you to learn the lyrics and rap along. The track is the best example of what The Adding Machine is attempting to do, the aggressive lyrics blend perfectly with the orchestral beat to create a darkly energetic and foreboding sound.

The Adding Machine is showing Ottawa that rap does not have to be stale and repetitive. Their experimental and innovative sound combines the best of multiple genres to create a sound that is uniquely individual and personal. Have a listen to + + + below and check them out on Facebook to find out about their upcoming album release party.