TRENDING
Go to DASHBOARD > Appearance > Menus to set up the menu.
Navigate
5317 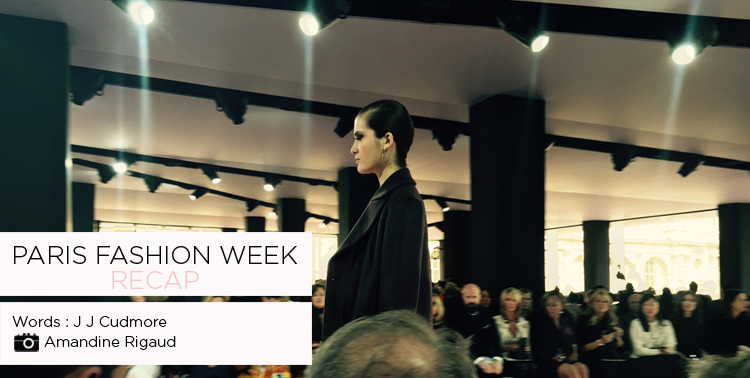 Paris fashion week “pret-a-porter” was well beyond a dynamic visionary rêve and my favorite optical ride was the Dior pret-a-porter spring-summer 2015 collection. Relentless and bold, delivering a fresh statement of high fashion ready-to-wear and desirably chic clothing, Raf Simons delivered the stunning collection before a starlit front row, in a puzzle of space conquest just as he likes. At the heart of the Louvre, I was ushered in right next to Kanye West, Dakota Johnson, Laetitia Casta, Olivia Palermo and all the savvy fashion bloggers. The only other Canadian in my line of vision was Tim Blanks; The fashion “it crowd” was out in full force. 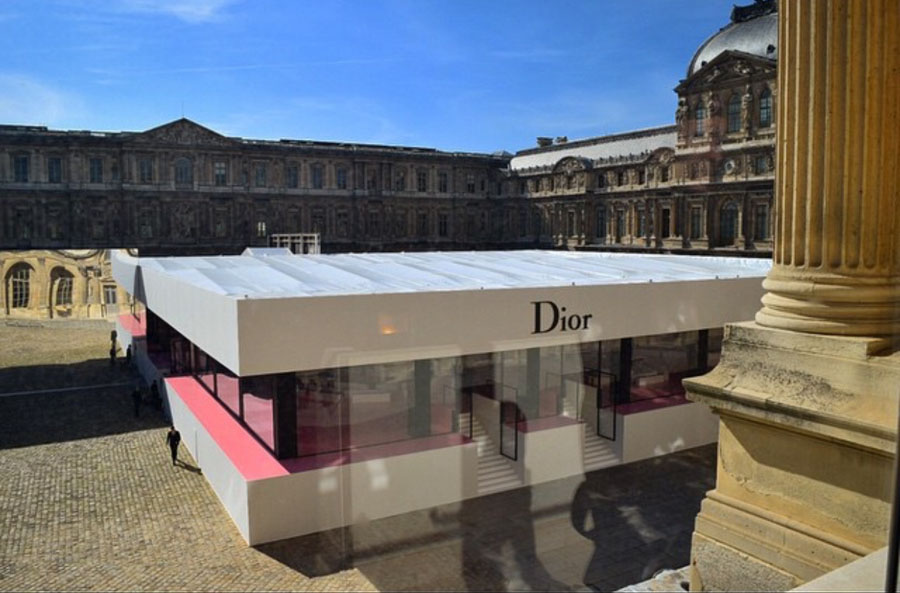 Modernly refined, “twiggy-esk” models with a heavy step pounded the ground and the Cour Carrée was transformed into a gigantic, intergalactic sky lounge spattered in casual and intriguing versions of the haute couture collection from last July. “I wanted to continue to explore the ideas expressed in the seam,” explained the designer.

Continuing his work on his favorite looks, courtyard coats, Astronaut suits and lavish crinolines, Simons displayed high lux contemporary styling with his custom, distinct signature. Up-close, one could only admire the large trapeze coats with intricately cut embroidered pockets that caused a reception of pleasure before the arrival of the ball dotted skirts and wedding style flowers on simple white tank tops. In addition, how could one not marvel at the lapel coats laced with laurel? Without a doubt, these were examples of ‘Simons-mania’ cut brilliantly. The man killed it. The long black leather coats swung about following “it-list” approving murmurs. They had the sparkle that only a princess could want – in this case, the approving eye from the young chanteuse, Lorde. Add the energy of a soundtrack of techno, hip hop, and funk, and Raf produced a party reminiscent of French DJ, Damien Chouly. 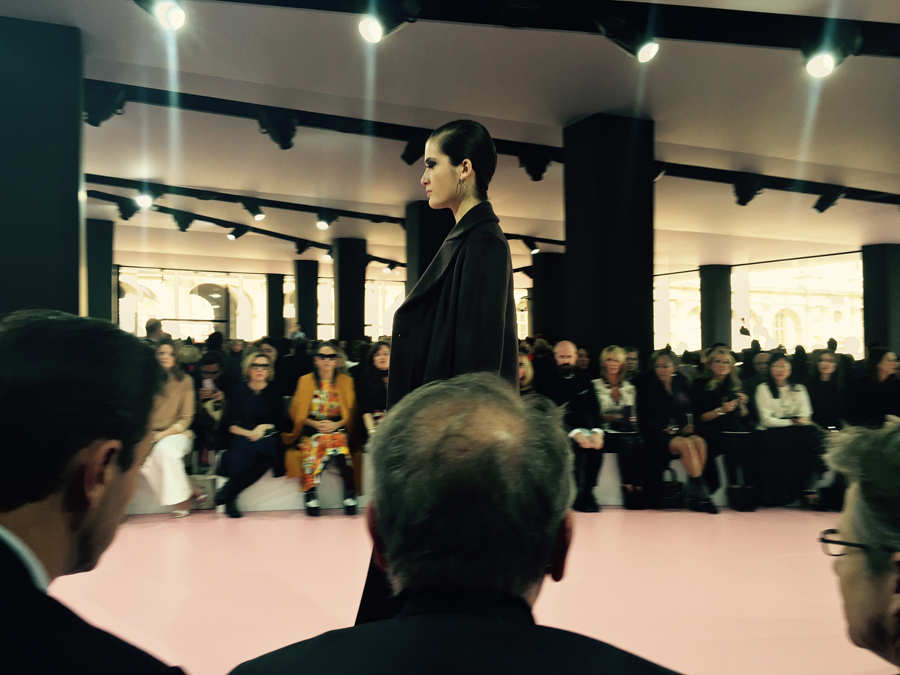 A lux series of soft full leg boots paraded out with the beat of a drum. Eyes widened over these clear heels. The leather was hand-woven, some of which made by Italian craftsmen, demanded sixty hours to create and the price tag to match.

Aviator sunglasses were the choice of many spectators, and seemed poised to be the face accessory of the season. The shiny mirror beauties have been flying off European shelves since the January haute couture show, which I am more than happy to say I attended. 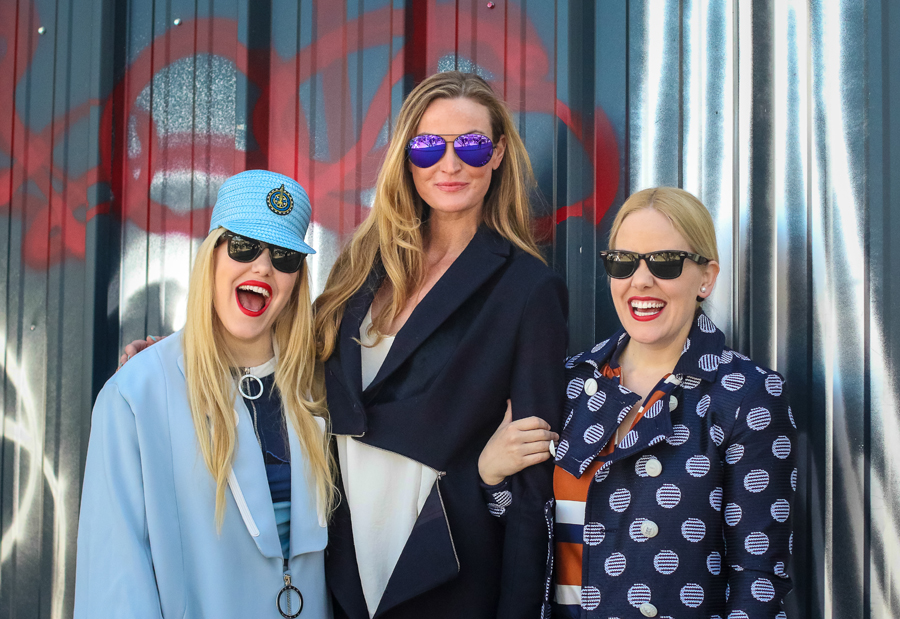 All in all we had a great Paris fashion week, but Dior was one show that the word unforgettable will not do descriptive justice!